I am a veteran of the United States Navy. My service was pretty light in its content. Yes I did go to sea and yes the ship on which I served did have a major fire while I was onboard and yes there were men who died in service while serving at the same time on the same naval vessel. But I was never under fire. I am not sure that my life was ever actually in danger during my service.

So I got to come home and I now enjoy the accolades and benefits of being a veteran. I am proud that I can. But the holiday we recognize this time each year is not about me any more than it is about going to the lake and getting drunk. It is about men like me who went to places and did things that may call them to their death. More so, it is about men who both heard and answered that call. It is about men who stepped out of time and into eternity just at the right moment as to guarantee that those of us who did not take that step may continue to walk in the freedoms that remain for us. We bow on this day giving thanks to them and for their sacrifice. It is good that we remember.

But there is one man who 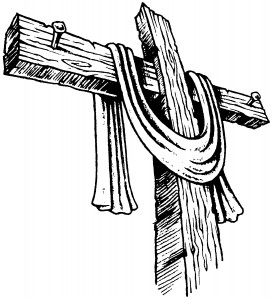 stepped out of eternity and into time. He did so to provide us a freedom that no other soldier could ever even offer. He offers eternal freedom. His name is Jesus. His sacrifice provides assurance of Heaven. Many knees have bowed and many tongues have confessed who He is and what He has done. Many have given thanks to Him for his sacrifice. Have you? It is even better that you remember this.

Let this mind be in you which was also in Christ Jesus, who, being in the form of God, did not consider it robbery to be equal with God, but made Himself of no reputation, taking the form of a bondservant, and coming in the likeness of men. And being found in appearance as a man, He humbled Himself and became obedient to the point of death, even the death of the cross. Therefore God also has highly exalted Him and given Him the name which is above every name, that at the name of Jesus every knee should bow, of those in heaven, and of those on earth, and of those under the earth, and that every tongue should confess that Jesus Christ is Lord, to the glory of God the Father. Philippians 2:5-11NKJV