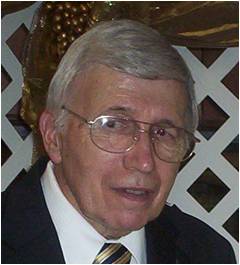 He Died Before His Death

For many years we knew the day would come when there would be no chance to have another conversation. We talked plainly about it many times. We refused to treat it as if it were something which we could sweep away by ignoring the reality. We trusted the scripture that asserts “it is appointed for men to die” (Hebrews 9:27) and “the days of our lives are seventy years, and if by reason of strength they are eighty years” (Psalm 90:10). We never tried to run from it. We actually embraced it with some joy sprinkled with the sadness.

On October 28, 2014, at the age of 77 years, my father breathed his last on earth. It was not the most peaceful death I have witnessed, but it was gentle. There was music playing in the background. He was the musician we were listening to. Mom and I were there with her sisters and a couple others. It was not in any way traumatic. In fact, the moment was welcomed.

I expect that many would say this way of looking at things is cold and perhaps a bit harsh. By the standards of this day, perhaps it is. But we were ready. He was ready.

For more than ten years, my father and I had been discussing this reality. He told me that he wanted me to do his funeral. He also told me what he wanted me to do when I did his funeral. He gave me the note cards and the Bible and the outline. We were ready for the chores. We talked about personal things that I would not dream of writing for public consumption. He shared thoughts and feelings about life and death. He shared regrets and hopes.

Through the years as his lucid moments decreased and his dementia increased, I am convinced we managed to get said what we wanted to say. I knew he had finished, or at least was resigned to know that he may never have another turn, on Christmas day 2013 when he asked me to pray that God would help him to “go on home.” So far I can’t think of anything that I wish I had said to him. I might someday, but I really have nothing on that list. As far as one can be, I think we were prepared.

I guess that is to say that we were prepared for the moment of death and the chores that followed. I am not so sure that we were ready for the process that we would walk through from that Christmas night until the following October. That was a set of experiences for which there is no real preparation unless one has gone through it with another person. Even then, I am convinced that each experience will be just different enough to contain surprises along the way. These can be scary surprises or annoying surprises. These can be painful, or even happy surprises. When any of the various forms of dementia are involved, one can never perfectly know.

At any rate, my father and I were both content that we had said what we could say and that we had done what we could do. This is not to presume anything of him. His mind may have been much more lucid than it would allow his body to display. I often wished I knew what was going on in that head of his. As the lucid moments came to be both fewer and shorter, and the demented moments became more frequent and longer in their presentation, I am sure that he did as well.

I know of no more precise way to describe it than to say that I believe he was done that Christmas night we spent together in his room at the re-hab center. He wanted to have no more of this world. He wanted enough strength to take care of his personal needs and new he would not ever have it again. He wanted to be useful to my mother, yet knew that he would be a burden until his body finally let go. He wished he could preach even just one more time and knew he never would, though he did when he was in his other world and had all those other people around which could be seen by no other person except him. He knew he was done and had only to wait his turn. I am glad that he was aware enough that night to let me know that he was. He gave me the chance to be done as well.

That was the last time I think I ever really spoke with my father. We had moments from time to time. I saw a glimmer in him every once in a while in his face. But I think I never really experienced his presence again. It just never seemed like it was him in there. The words his voice spoke didn’t seem to convey the heart of my dad.

This all must seem somewhat macabre and defeatist. Some may say that I just gave up on an old and dying man before it was really time. Of course this is not true. I never stopped trying to get in there. I never stopped knowing that this was my father and his life was worth every moment we were given. But I also never was able to grab that consciousness which I knew and loved as my father. I have heard it described as him being done before his body was. Maybe it was something like that – I’ll really never know.

Somewhere in my feeble mind, I’ll always think he died before his death. Those are the kind of words he would have used to describe it as well, after all, it was that man who taught me how to use words. But, before that moment when we both knew it was all over except the chores, we did something very important. We said what we needed to say. We showed what needed to be shown. We assured each other of those things which we believed mattered. We let go of those which we knew never really did. We even let go of some things that did matter knowing we had absolutely no control over them. God blessed us with time enough for that. And in the moment when the chores were finally done, we both found rest.