I was the only person in that pew. There was no one in the pew in front of me. But that guy in the pew behind, all the way at the other end of that 25 foot long pew kept bumping my pew and taking my attention. Perhaps I am a bit too easily distracted, but I was distracted. He never knew it that he was taking my attention, but he was, and I missed a lot of what was being said. I wonder whose attention I steal away from God while being totally ignorant of the fact.

There were five of us sitting at that round table in front of the stage where Dr. Haddon Robinson was teaching. His chair was sideways to the table so he could face the stage. Vigorously he listened and with that same vigor he punched away at his tablet computer getting his notes taken with care. But this was no small man. And with every press of a letter on his touch screen keyboard, came the little jolt of the table the rest of us were using, making it difficult to use our pens to write on our tablets of paper. He was also chewing his gum with that same vigor. Needless to say, I was distracted. Perhaps I am a bit too easily distracted, but I was distracted. He never knew it that he 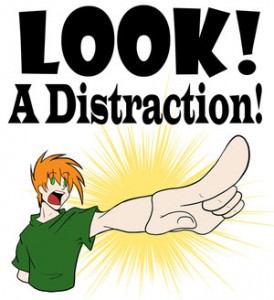 was taking my attention, but he was, and I missed a lot of what was being said. I wonder whose attention I steal away from God while being totally ignorant of the fact.

She was in front of me, two rows up. She was a skinny little girl about 11 years old who was much more hyper than I ever envisioned myself to have been. In her hand was some brown clay from which she fashioned a little bird which she placed on her shoulder, then glanced back to see if I had noticed. I did.

But the two adults who were with her should have known. They however, had apparently become so accustomed to her distractions that they probably assumed that everyone else could tune her out as well. It makes me think about distractions that I could remove and did nothing about. Could I have stopped someone from keeping someone from hearing about Jesus? I wonder whose attention I steal away from God while being totally ignorant of the fact.

Folks from all over Oklahoma were gathered at for the annual State Evangelism Conference. The preaching that year was on par to be some of the best preaching I have heard in a long time. I love good preaching. This is why we gathered.

But in that room whose occupants were primarily preachers, there were some of the rudest people I have seen in a long time. There was a constant parade of men walking out to the hallway to talk on their cell phones, some who had their ringers on loud and did not silence them until out in the hall, and others who answered them and began their phone conversations while walking out on the preaching of God’s Word.

I am somewhat addicted to my electronics. I use them constantly. In fact, my copy of scripture in use at the time was my phone. But, I trust that I will never be so distracted by them that I will miss what God is saying to me. And what is more, I trust that I shall never distract another because of my distraction. I still wonder whose attention I steal away from God while being totally ignorant of the fact.

One of my favorite hymns is “Oh To See The Dawn” (The Power Of The Cross) and we were given the chance to sing that very song. There was an orchestra playing. The words were on the screen. And, there was a room full of mostly men who were preachers, standing at attention and singing in full voice to the Glory of God.

Then, there were these two older men sitting about three rows behind me and on the other side of the aisle. They were not engaged in the music at all – there are sadly some preachers that never are. These w 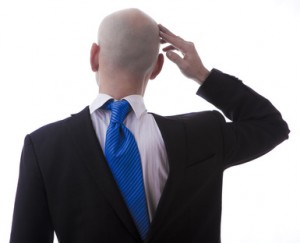 ere engaged in a conversation of their own and they were set on being heard. Every time the music got louder, so did they. I was annoyed to the point that I was distracted from my participation in this wonderful cooperate worship experience.

I began by giving them some of those glaring stares meant to say “Shut up you fools, God is the point here.” That didn’t work. They just kept going on and on. I wanted to go over to them and say out loud what the glaring stare was meant to convey. But instead, I just determined that I would sing. And I wanted to sing so loud that they could not hear whatever it was that they were talking about. I think I did too.

I hope I never think my part – the preaching – is the only important part. And I hope I never distract others from the worship of God together with others all raising voices to God. I have to wonder whose attention I steal away from God while being totally ignorant of the fact.

During the regular pastor’s fellowship devotion, one of the pastors was very distracting. Here is what he did. He answered his phone, Clicked his keyboard, Licked his finger and cleaned his shoe with it, Swallowed his drink – Hard and loud and Sighed loudly and often. I wonder if anyone else missed the entire devotion that morning. I did.

I know that I am easily distracted, but I really do wonder whose attention I steal away from God while being totally ignorant of the fact.