I attended the re-inaugural OBU Summer School for Pastors in July of 2012. After the first night, the group of pastors, tired from hours of sitting in a classroom and full of new information joined together in the lobby 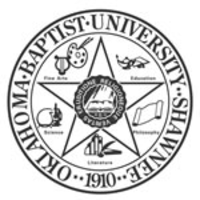 of the dormitory (which happened to be a girls dorm – there is another story in that I guess), got online with our computers and shared whatever wisdom any of us could. There was one pastor who had other things on his mind for that 100 degree plus July evening. He laced up his red running shoes and went out to tackle some pavement.

As he went out the door, several of us asked him to run one for us. He smiled and said he would as he left. When he returned, I asked this pastor that I only knew from the day’s conference, “Did you get mine?” He quickly responded, looking straight at me, “Yeah, I got yours first.”

The next morning as we gathered in our classroom for the day’s lectures, we had prayer time together and, you guessed it, his prayer was for me. I am very grateful for someone who will run my mile first, then intercede on my behalf before the Father.

There is something of Christ in that fellow pastor whose name I don’t even recall.  I just hope I can show some of that to someone one of these days.

Let this mind be in you which was also in Christ Jesus, who, being in the form of God, did not consider it robbery to be equal with God, but made Himself of no reputation, taking the form of a bondservant, and coming in the likeness of men. And being found in appearance as a man, He humbled Himself and became obedient to the point of death, even the death of the cross.

Therefore God also has highly exalted Him and given Him the name which is above every name, that at the name of Jesus every knee should bow, of those in heaven, and of those on earth, and of those under the earth, and that every tongue should confess that Jesus Christ is Lord, to the glory of God the Father. (Philippians 2:5-11 NKJV)