I have read some  posts recently on social media lamenting changes in the style or the look of a place of worship and the congregation that meets in that place. On one hand, it gives me some satisfaction to know that God used me there in a manner that pleased his people. I am humbled that some would like it the way it was a few years ago when I was there.

On the other hand, there is some regret that forces me to pause and wonder what it would be like if those things had never changed. I have to wonder if there would even

be a work for Christ among those people and in that place if those who stayed behind when God moved me had simply stayed the way I left them. What if they just stayed the same? What if nothing ever changed in or with the church? There is a hopeless fear that surrounds that thought. There is also a grace-filled hope that answers that fear. 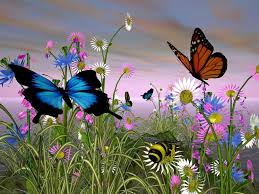 5,000, then many then multitudes of both men and women came to Christ. They continued in the apostles’ doctrine and prayer. They did not let a disagreement stop them from sharing Christ, though sometimes they went in different directions to do so. They went with plenty of supplies and with no purse or even a clean shirt.  What if nothing had changed?

Now this I say, brethren, that flesh and blood cannot inherit the kingdom of God; nor does corruption inherit incorruption. Behold, I tell you a mystery: We shall not all sleep, but we shall all be changed — in a moment, in the twinkling of an eye, at the last trumpet. For the trumpet will sound, and the dead will be raised incorruptible, and we shall be changed. For this corruptible must put on incorruption, and this mortal must put on immortality. (NKJV)